How to make your website more social media friendly?

Those of you who have been regularly visiting this site would have started seeing small changes in the site related to how it integrates with social media sites. I have been experimenting on how to increase the interactions between us and the visitors on the site as well as between visitors on the site. This is still a work in progress but I wanted to share with you some of the things I have changed on the site

a) Added Share / Like buttons for the four social media sites LinkedIn, Facebook, Twitter and Google Plus. We did not have LinkedIn in the past but because I have been very active on LinkedIn of late and because we have identified as a good source for new business it made a lot of sense to set up the LinkedIn share button on all articles.

d) I have added proper Open Graph html meta tags inside articles to help the social media site pull up the right title, teaser and image when others share / like articles from the site.

e) I have started integrating pinterest on pages with relevant images. For example in the recent article about us getting listed as a featured drupal service provider I have added pinterest integration and you can see the pin it icon when you hover over the image in the article.

TODO - Social media audience loves images. Currently we do have the ability to upload images to each article. I will have to put some time into setting up default images for articles based on the category under which the article was posted so that articles come up with meaningful thumbnail images when shared on social media. I don't think I will be able to come up with unique images every time I post articles.

These are only small changes but the key point is that I have started paying attention to the small aspects on our website that would help make an impact on our ability to interact better with the audience on our site. Thankfully the content on our site is bringing in regular audience.

If you have any other suggestions on how to make the site more social media friendly do let me know using the comment form below and I could try out suggestions. How to Effectively Use Social Media for SMBs

As an SMB, you might explore what is social media marketing and how to best use it. Here are the 12 best strategies you can apply for optimum results. 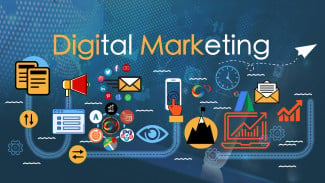 What, Who, Why & How of Digital Marketing 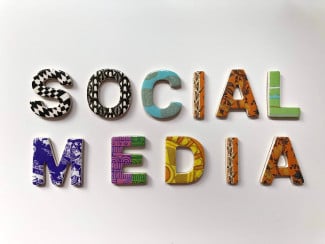