By webmaster | 23rd June 2008 | 7 min read
The world is moving online. With this a huge and ever-growing chunk of the world advertising spending is moving online. A slice of this pie is for yours to take provided you do the right home work and take the right effort and persist in putting it for a sustained period of time. As with any task that generates revenue it is not as easy at it sounds like because if it had been so, it would have been tried out by too many people leading to a ruin of the revenue potential of the task. As a company our objective is to make money online and we are not talking about money you generate through projects but money as in money you generate from products like YouTube or Skype. It is not simple and neither is it straightforward. There is however a slightly easier way of making money online that we have been trying to promote among people we know, among freelancers and among students. It is as you might have already guessed - blogging.

Again, like is mentioned above, it is not very simple to make money through blogging. In fact most of the bloggers out there doesn't make any money at all or makes only in insignificant quantities to be considered worthwhile or considered a viable self-employment opportunity. But there are indeed quite a few bloggers who have been doing it successfully and sometimes even so successful that they have become millionaires through blogging alone.

Don't believe this? Well Chitika, one of the advertisment providers we had reviewed in our review on ad-providers published a study in 2006 on the revenues of top 50000 bloggers in the world. The study claims that the top 50000 bloggers in the world earned a total of US $500 Million. Although the basic method used in the study to calculate the numbers is questionable, the numbers should give you an idea about the possibility of earning revenue through blogging online.

If you would like to see some more real world statistics you can take a look at a survey by Problogger on blogger revenues. The survey gives a break up of the revenues of the viewers at the site. Around 23% of bloggers who took the survey was earning more than US 1000$ a month. 23% is not a small percentage. Now the people who follow problogger are supposed to be earning that kind of revenues but still.

Now why are a lot of people not making a lot of money online? Simple - absence of proper research into successful methods and/or lack of effort in trying these out and finally lack of persistence. These three factors - viz. Research, Effort and Persistence - are the basic requirements for you to start building a successful blogger career. And before you start be ready to fight a long battle upstream before you start earning reasonably good amounts of money. This battle is the entry level barrier that acts as the stumbling block of most potential bloggers. Like any business - blogging is also a business and persistence is the key to survival and success.

Lot of bloggers give up blogging as a potential career because of the small amount of money they earn initially from blogging. What they don't realize is that the effort that you invest in blogging will pay you for quite some time after you put in the effort. This is unlike traditional jobs where you get paid for the effort you put in for a given period of time and then to earn more you will have to put in further effort. In blogging the returns of effort you put is cumulative. Each day you get paid for cumulative of all the effort you put in till that day. As with any cumulative functions this can lead to a reasonably large number even if the actual return for a single day's effort is very low.

Suppose you get on an average of 1c per day for a blog entry and you blog for a year, your earnings per day at the end of the year would be $3.65. But the returns for the effort of that day would be still only 1c. Now this is not exactly how it works because the returns of your efforts will go on diminishing as time goes on. But the theory still holds and the returns on your effort for a day will keep coming in after you have put in that effort.

We don't have a simple solution for bloggers wanting to make quick money online. But there are some general guidelines that you can follow to go towards building your blogging career. Don't take that this is THE list but these are some points that we have identified. Do your research on Google and collect as much information about blogging before you set out on this venture.

1) Select a niche area and create content. Writing on niche areas has been proven to be far more successful in generating revenues than writing on broad topics. The good think about niche areas is that there are too many of them that you would not have as much competition as you would have had if you were writing on a broader topic. For example it might be easier to blog on Kerala style cooking than Indian cooking styles because you will only have to compete with bloggers from Kerala. Niche topic blogging has both advantages and disadvantages. Advantage lies in the lesser competition but disadvantage lies in the fact that fewer people would be searching for niche topics.

2) Information is public but text is not. Do not copy content. You can do your research online on topics you plan to write but do not copy content unless the source explicitly allows you to do that. There are two reasons for this. One is that it is not ethical and the second is that Google does not like duplicate content. However it does not mean that you cannot use content from sites like Wikipedia which gives it's content under GFDL. We are running an experiment on Wikipedia content by starting a blog on Mortgage Tips and Guidance.

3) Select a handful of topics and blog about them. You probably will not be able to generate sufficient revenue from a singly blog. You might want to start blogging on several areas at the same time. This is akin to the saying - do not put all your eggs in the same basket. You never know which of the areas you select are going to succeed and which are going to fail. But don't just go ahead and start too many blogs that you can't manage at the same time. Start as many as you can manage on a regular basis.

4) Your life might be interesting but everybody might not want to know that. You might not always succeed in building good traffic by blogging about your life alone. Your friends and relatives might like that but that does not mean that everybody should. Besides people who come to see what you are doing are least likely to click on the ads to be able to give you any revenue.

5) Blog regularly. This applies only if you are targeting regular visitors. People like predictability. They will not want to come to your blog and see that you have not posted anything new after their last visit. It is not required that you blog daily on all your blogs but you should be blogging at regular intervals so that your visitors will know for sure when you have the next post ready.

7) Persist in your effort. You efforts will start paying you only after some time. Don't start blogging expecting to get immediate revenues. Additionally there are lot of skills and techniques that you have to learn to be able to fully capitalize the content that you create and it will take some time before you become a pro-blogger. Of all the points listed, this might be the key and could be the only real difference between a successful blogger and an unsuccessful blogger.

Building a Digital Commerce Platform which Leverages the Power of Content

Content, commerce, and data are something that always gels together in the context of the web. 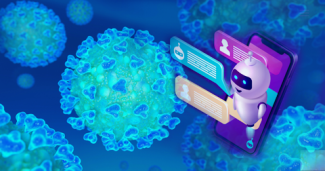 When Wuhan reported an unknown cause of Pneumonia to WHO in Dec 2019, they never thought that it