The release of the health monitoring system was well received by the media. It was covered in almost all the regional newspapers including Malayala Manorama, Mathrubhoomi, Deshabhimani, and some of the regional television channels like DD1 Malayalam, JaiHind, Kairali People, Manorama TV, Amruta TV. It was also taken well by the online media including Hindu, PTI etc. Although we didn't get hold of all the copies of the press releases published in the media we have collected some of the published content and are sharing it here. 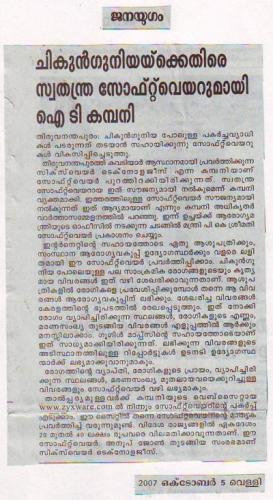 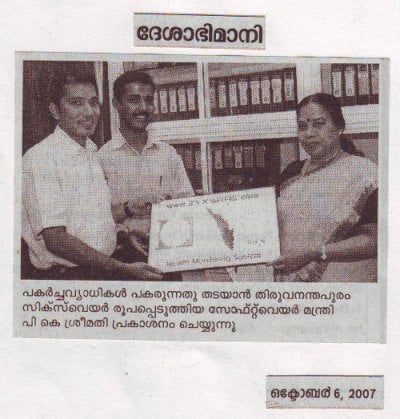 The Hindu - IT group develop software to track diseases like chikungunya