The Internet is a mission-critical infrastructure, for any nation. Increasingly government institutions are making their services available online to improve citizens' quality of life.

Government websites are often prey to cyber-attack by a malicious party aiming to disrupt a website on the Internet. Amongst the many of these cyber-attack threats, the availability-based attack threat is one of the most serious security threats affecting websites or commonly referred to as denial-of-service attacks. When the attack is carried out by using more than one attacking machine, it is called a distributed denial-of-service (DDoS) attack.

Government websites that lack adequate cyber-defense to handle a new generation attack like distributed denial of service, fall prey to the attack, often to exert financial or political pressure. The threat is most often than not, devised by a volunteer activist or cyber-terrorist that is an expert in hacking networks.

Distributed denial of service is an attack on the webserver infrastructure and network resource capabilities by causing the server’s or network’s resources to be consumed to the point where the service is no longer responding, properly.

Hackers could use varied methods to reach this objective, such as:

Government institutions fail to recognize that a firewall is adequate to safeguard itself against a sophisticated and planned distributed denial of service attack. While many new-generation firewalls, claim to have built-in protection, the most recommended practice to safeguard against a distributed denial-of-service attack, is to use a dedicated cloud-based protection service that scrutinizes all inbound traffic and mitigates the risk, even before it can hit your firewall or other components of the IT infrastructure. A dedicated cloud-based protection service mitigates it in three stages:

Government and enterprise websites are now waking up to the need of having a dedicated cloud-based protection service, to actively defending themselves against a distributed denial-of-service attack. 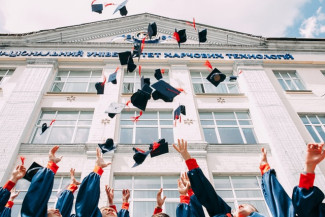 Why Do Educational Institutes Prefer Drupal over Other CMS?

Universities have to adhere to a consistent content strategy and remain compliant with their high standards in terms of accessibility and security. Drupal ticks all the right boxes and hence stands tall among other CMS, making it ideal for making higher education websites. 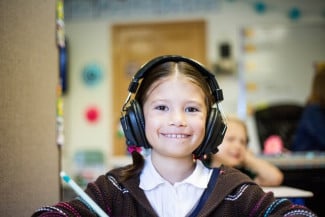 The educational sector has improved management, teaching, and administrative processes by making them accessible, quick, and effective. It is now time for automating the examination process by using digital technology.

Introduction As one of the world's leading and largest graduate business schools, INSEAD offers participants a truly global educational experience. Established in 1957, the institution has a history of bringing an open-minded learning culture into its multi-campus model. Harvard Business School, INSEAD and ICFAI Business School Hyderabad are the world’s top three Business Case Study publishers.