Common design issues to be avoided by a Drupal tester

One of the most important aspects of a Drupal application is obviously its interface which is all what an end user gets to see. These Web Design issues/bugs negatively affect the final look and feel of the end product. Here are some of the most common design issues to be avoided by a Drupal tester.

2. Another serious issue occurs when some of the expected elements/client requirements are missing. 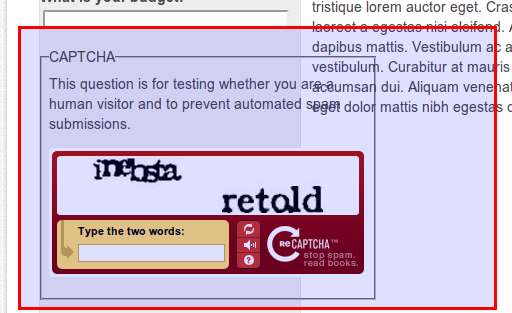 6. Font differences are also a common bug noticed in most of the sites. Issue might be with

8. Another issue commonly found in a Drupal website is that the node/content may be displayed in the URL


By checking all these cases, we can assure that Design issues doesn't exist on your Drupal site.

Automating the Testing of Checkout Process in Drupal Ubercart

Zyxware as an organization is trying to introduce cost-effective measures that can save time, res

Cross browser testing is the type of testing in which testers ensure that the application is compatible to latest versions of the commonly used browsers (commonly used browsers list can be obtained from browser statistics). Google Chrome, Mozilla Firefox, and Internet Explorer are some of them. This article includes a checklist that can be referred while performing the cross browser testing.

In API testing there is no front end available for testing. A logic layer will be build for the application on which we perform testing. Here emphasis will be on functional flow. It is basically a black box testing of various functionalities based on the response generated for an API call. These Responses for the API calls are used to validate the interactions.