Journey from an Intern to Solutions Team Member: Part 2 of 3

Continued from Journey from an Intern to Solutions Team Member: Part 1 of 3

By the time of the Australian horse racing project, Drupal commerce (DC) was up and Ubercart's popularity fading.

So our obvious choice was DC, customization being possible using DC. Along with the Technical consultant assigned for the project, we came up with an implementation plan. The plan was to use “Field collection” and “Drupal commerce”. We explained this to the client, how we could add each day’s itinerary as a field collection inside a single content type and demonstrated this to him. He was happy and we proceeded as decided. We had planned to release this as sprints. Each sprint had a defined output and the client was happy that he could see our progress.

The development and testing of the project were completed as per the schedule, but “content migration” was in a dilemma. He had more than 700 events and each race club had to be added as a content. This data was available in a database called “Filemaker”. We had not anticipated this much content. We were at a vulnerable state when the client said that he will not pay us the additional cost for migration as it was our responsibility to confirm the number and format of contents before development. At first, we started adding those contents manually. But we realized that this just was not feasible. The client gave us a day’s time and asked us to come up with a solution so that the migration could be completed with less number of people and days.

Filemaker was new to us and of course, with the help of a bit of research, we came up with a custom script to export all those data including multiple photos of clubs into a CSV. With the help of feeds, we completed the migration within a week. But the solution using custom script and feeds saved the day and helped us to keep Zyxware’s reputation intact.

Unlike the other two clients, my next client was an author from the US, who knew Japanese. She is quite famous in the US and Japan for her ‘Kanji love’. She writes essays on the 2,136 kanji characters. As authors generally are, she paid careful attention to every minute detail. Working with such a client made me check twice before I wrote an e-mail or implemented something new, whether every word I was saying was clear or whether I had covered all the aspects of the task or not.

She already had a Drupal 6 site, which had some issues and wanted Zyxware to resolve these. The project was in T&M model and almost all of the tasks were completed within the estimated time. Convinced of Zyxware's ability to deliver, she signed a contract with us to add new features to the existing site. One such requirement was to enable the site to sell online products for different vendors - a marketplace.

Continued in Journey from an Intern to Solutions Team Member: Part 3 of 3 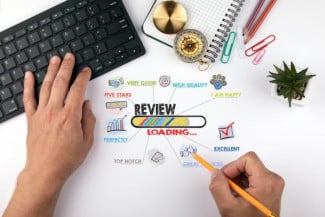 Need to maximize your gains without putting more stress on your employees? This piece will tell you every digital trend to enhance the employee experience in 2022. 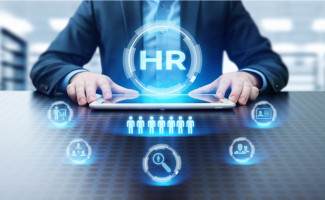 Automation in the HR Domain: How it’s Paving the Path for Digital Transformation

Zyxware Technologies is a leading digital solutions provider with a global footprint.