Drupal starter themes are Drupal themes which are specifically designed to give the designer a base model for building their own custom themes. As such they are very minimalistic in their design and well documented to assist designers in getting a head start in designing their own unique theme. They are build to work with the help of Drupal's subtheming system. We have picked out the Top 5 Drupal starter themes for your convenience. Also checkout out the Top 5 Free Business themes for Drupal. Contact us if you need help with customizing any of these Drupal themes. We also provide numerous other Drupal services like Drupal Third Pary Integration and Drupal SEO. 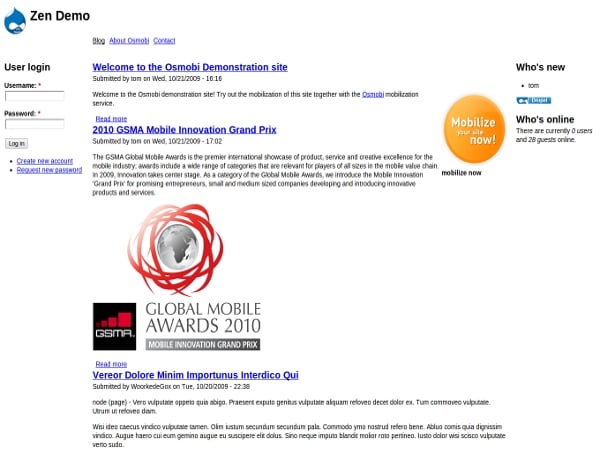 Zen is the best candidate to be considered as a Drupal starter theme. Zen is currently the preferred theme for most Drupal websites and currently holds the title of the best "Best Drupal Theme". It is an HTML 5 starting theme with a responsive mobile-first grid design. Zen has a solid online documentation covering its various aspects and there are helpful code comments in its HTML, PHP, CSS and Sass. Basic is considered to be a stripped down version of Zen but does not include the subtheme framework of Zen or the special configuration options offered by Zen in the theme settings. Basic has a simple and easy to modify architecture with a clean HTML structure that has extensible CSS classes and identifiers to support numerous theming possibilities. Basic also has a SEO friendly layout and a wireframe mode. 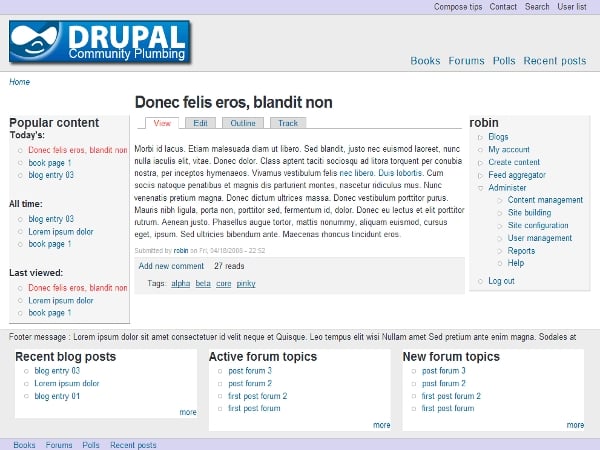 Beginning as the name implies is a Drupal starter theme which is considered as a blank canvas for theme developers. Beginning has a 960px centered fix width layout and mulicolumn support along with 0-2 sidebars and autoresizing. It is also designed to be source ordered which makes it SEO friendly by giving more prominence to the content and search engine spiders. Basic provides about 10 regions and is Cross Browser compatible including IE6. Currently Basic is available only for Drupal version 6. 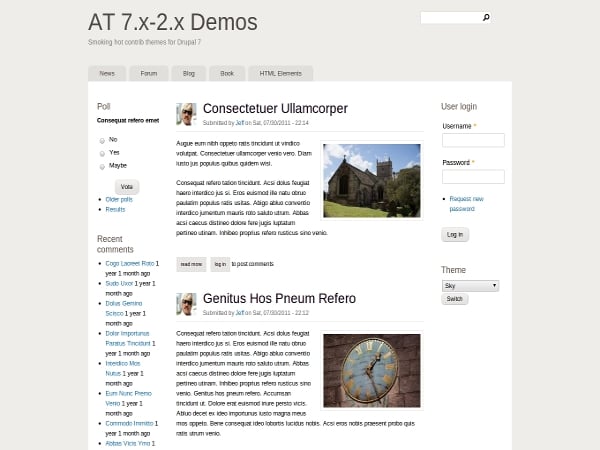 Adaptive Theme is yet another HTML 5 ready Drupal 7 base theme. It is a powerful theme framework built to power modern cross browser websites across all modern devices using responsive design elements. Adaptive Theme gives you a point and click configuration that allows you to set up specific layouts for different device groups with zero coding required. The layout system provided by Adaptive Theme can also be extended by using custom layout plugins. The theme also supports SASS integration along with mobile first and desktop first methods. 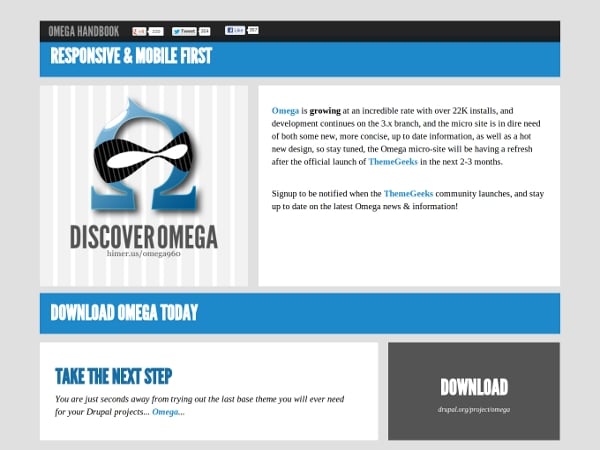 All the other themes in the list follow the conventional layout. Omega is an exception though, as it is a Drupal starter theme that is build using the Grid layout. Omega is an HTML 5 ready Drupal 7 base theme which is highly configurable. It is build using the 960 grid system and therefore has a fully responsive grid Layout. It is highly configurable with configuration options for every region/zone size and placement. Users can also apply custom CSS classes to any region/zone. Omega has built in 12, 16 and 24 column layout support and it is best performing theme to date due to its performance enhancements.

How Structured Content Help You Getting Noticed in the Search Results

Everything You Need to Know About Drupal Custom Theme Development

Check out the 3 simple steps if you are looking for a Drupal custom theme development.

List of INC 5000 Companies Using Drupal For Their Websites

Check out the list of INC 5000 companies using Drupal for their websites.